Of old age and diseases

After doing my ankle about 6 weeks ago (trying to be all youthful rollerblading in Hyde Park), I thought I'd knackered my back on Tuesday. Turns out it was probably a knock, or a bit of muscle tenderness as it seems to have died down on its own after 2 days. When is science giving me new body parts then?

I also did my birthday dinner in London, in advance, with Mr. Burtonini, and he's feeling the old age just as well as I am: he didn't know the young band I got him a mixtape of, despite them being in the Guardian's guide 6 months ago. And it's all MP3s on there, no crummy DRM'ed audio formats.

Thanks to the Italian man mentioned above and his lovely (and young!) wife, I caught Ninja Gaidenitis. The game is hard as hell, but sometimes I'm a dumbass, which makes the adventure parts a bit trickier. I remember when it was just a bad Shinobi on the SMS. 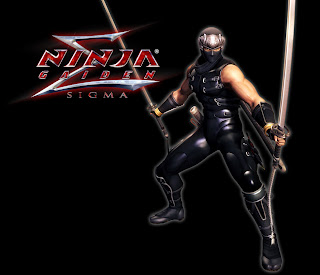 I'm at level 3 after a week of play, in contrast to the great, but too easy, Ratchet and Clank which I finished in 4 days (that's not continuous gameplay by the way).

Update: My local team beats your new-age web-based communist/capitalist idea of a football team's butt.
Posted by Bastien Nocera at 01:16

Isn't that the second time in four months you've done your ankle?

Was it that long ago? It was the same one, it still hurts a bit, and August feels like yesterday.

Btw, what's your PS3 network id? We could have a GNOMErs PS3 session some day. :-)

Lucas, I posted it in my first PS3 post, it's hadessuk.