I've wanted a stand-alone radio in my office for a long time. I've been using a small portable radio, but it ate batteries quickly (probably a 4-pack of AA for a bit less of a work week's worth of listening), changing stations was cumbersome (hello FM dials) and the speaker was a bit teeny.

A couple of years back, I had a Raspberry Pi-based computer on pre-order (the Kano, highly recommended for kids, and beginners) through a crowd-funding site. So I scoured « brocantes » (imagine a mix of car boot sale and antiques fair, in France, with people emptying their attics) in search of a shell for my small computer. A whole lot of nothing until my wife came back from a week-end at a friend's with this: 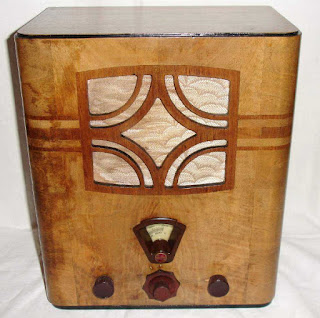 A Philips Octode Super 522A, from 1934, when SKUs were as superlative-laden and impenetrable as they are today. 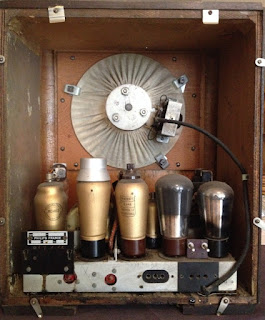 I started by removing the internal parts of the radio, without actually turning it on. When you get such old electronics, they need to be checked thoroughly before being plugged, and as I know nothing about tube radios, I preferred not to. And FM didn't exist when this came out, so not sure what I would have been able to do with it anyway. 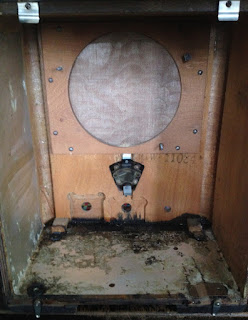 Roomy, and dirty. The original speaker was removed, the front buttons didn't have anything holding them any more, and the nice backlit screen went away as well.

To replace the speaker, I went through quite a lot of research, looking for speakers that were embedded, rather than get a speaker in box that I would need to extricate from its container. Visaton make speakers that can be integrated into ceiling, vehicles, etc. That also allowed me to choose one that had a good enough range, and would fit into the one hole in my case.

To replace the screen, I settled on an OLED screen that I knew would work without too much work with the Raspberry Pi, a small AdaFruit SSD1306 one. Small amount of soldering that was up to my level of skills. 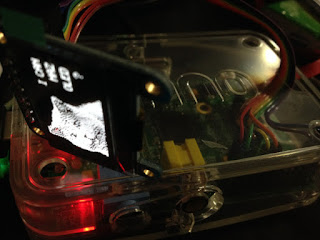 It worked, it worked!

Hey, soldering is easy. So because of the size of the speaker I selected, and the output power of the RPi, I needed an amp. The Velleman MK190 kit was cheap (€10), and should just be able to work with the 5V USB power supply I planned to use. Except that the schematics are really not good enough for an electronics starter. I spent a couple of afternoons verifying, checking on the Internet for alternate instructions, re-doing the solder points, to no avail. 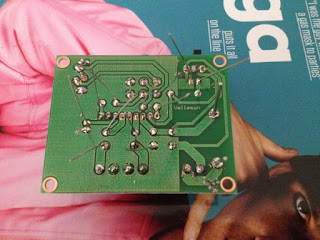 So much wasted time, and got a cheap car amp with a power supply. You can probably find cheaper.

Finally, I got another Raspberry Pi, and SD card, so that the Kano, with its super wireless keyboard, could find a better home (it went to my godson, who seemed to enjoy the early game of Pong, and being a wizard).

Putting it all together

We'll need to hold everything together. I got a bit of help for somebody with a Dremel tool for the piece of wood that will hold the speaker, and another one that will stick three stove bolts out of the front, to hold the original tuning, mode and volume buttons. 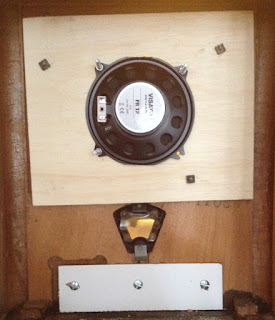 I fast-forwarded the machine by a couple of years with a « Philips » figure-of-8 plug at the back, so machine's electrics would be well separated from the outside. 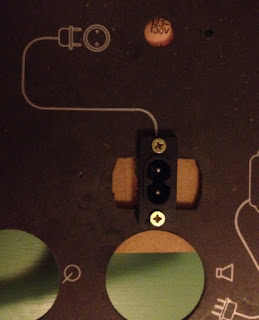 Screws into the side panel for the amp, blu-tack to hold the OLED screen for now, RPi on a few leftover bits of wood.

My first attempt at getting something that I could control on this small computer was lcdgrilo. Unfortunately, I would have had to write a Web UI for it (remember, my buttons are just stuck on, for now at least), and probably port the SSD1306 OLED screen's driver from Python, so not a good fit.

There's no proper Fedora support for Raspberry Pis, and while one can use a nearly stock Debian with a few additional firmware files on Raspberry Pis, Fedora chose not to support that slightly older SoC at all, which is obviously disappointing for somebody working on Fedora as a day job.

Looking for other radio retrofits, and there are plenty of quality ones on the Internet, and for various connected speakers backends, I found PiMusicBox. It's a Debian variant with Mopidy builtin, and a very easy to use initial setup: edit a settings file on the SD card image, boot and access the interface via a browser. Tada!

I probably spent a longer time looking for software and hardware than actually making my connected radio, but it was an enjoyable couple of afternoons of work, and the software side isn't quite finished.

First, in terms of hardware support, I'll need to make this OLED screen work, how lazy of me. The audio setup is currently just the right speaker, as I'd like both the radios and AirPlay streams to be downmixed.

Secondly, Mopidy supports plugins to extend its sources, uses GStreamer, so would be a right fit for Grilo, making it easier for Mopidy users to extend through Lua.

Do note that the Raspberry Pi I used is a B+ model. For B models, it's recommended to use a separate DAC, because of the bad audio quality, even if the B+ isn't that much better. Testing out use the HDMI output with an HDMI to VGA+jack adapter might be a way to cut costs as well.

Possible improvements could include making the front-facing dials work (that's going to be a tough one), or adding RFID support, so I can wave items in front of it to turn it off, or play a particular radio.

I might also count the 14 € for the soldering iron, the 10 € for the Velleman amp, and about 10 € for adapters, cables, and supplies I didn't end up using.

So between 130 and 150 €, and a number of afternoons, but at the end, a very flexible piece of hardware that didn't really stretch my miniaturisation skills, and a completely unique piece of furniture. 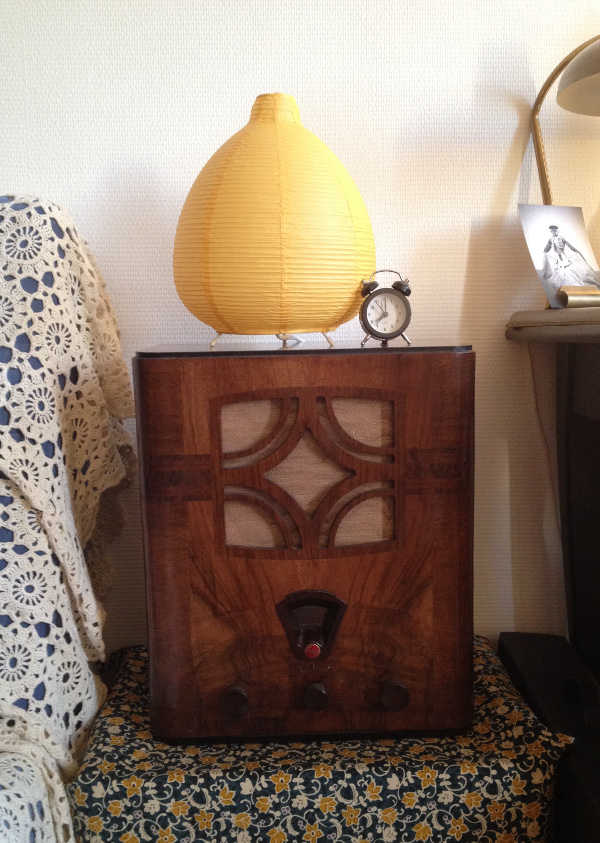 In the future, I plan on playing with making my own 3-button keyboard, and making a remote speaker to plug in the living room's 5.1 amp with a C.H.I.P computer. 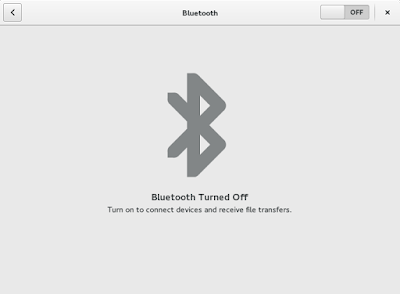 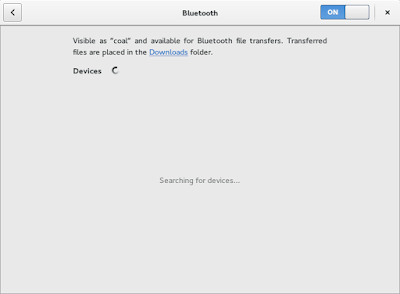 Victor Toso has also been working through my Grilo bugs to allow us to implement a preview page when opening videos. Work has already started on that, so fingers crossed for GNOME 3.20!
Posted by Bastien Nocera at 22:02 No comments: