It will obviously be in Fedora 22 Beta very shortly.

What happened since 3.14? Quite a bit, and a number of unfinished projects will hopefully come to fruition in the coming months.

After quite a bit of back and forth, automatic rotation for tablets will not be included directly in systemd/udev, but instead in a separate D-Bus daemon. The daemon has support for other sensor types, Ambient Light Sensors (ColorHug ALS amongst others) being the first ones. I hope we have compass support soon too.

Support for the Onda v975w's touchscreen and accelerometer are now upstream. Work is on-going for the Wi-Fi driver.

I've started some work on supporting the much hated Adaptive keyboard on the X1 Carbon 2nd generation.

In the last cycle, I've worked on triaging gnome-screensaver, gnome-shell and gdk-pixbuf bugs.

The first got merged into the second, the second got plenty of outdated bugs closed, and priorities re-evaluated as a result.

I wrangled old patches and cleaned up gdk-pixbuf. We still have architectural problems in the library for huge images, but at least we're up to a state where we know what the problems are, not being buried in Bugzilla.

A couple of projects got started that didn't reached maturation yet. I'm pretty happy that we're able to use gnome-books (part of gnome-documents) today to read Comic books. ePub support is coming! 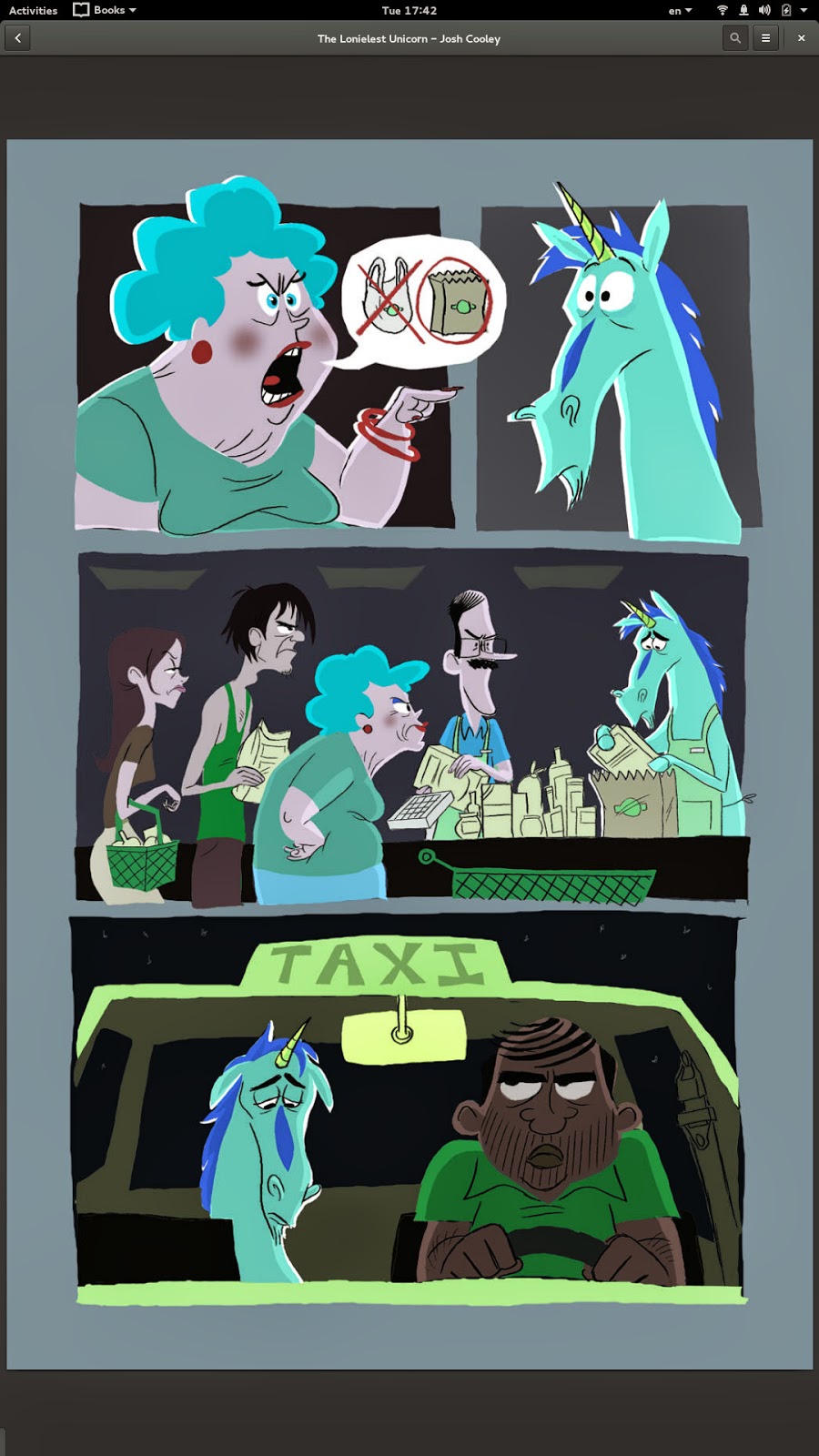 Grilo saw plenty of activity. The oft requested "properties" page in Totem is closer than ever, so is series grouping.

In December, Allan and I met with the ABRT team, and we've landed some changes we discussed there, including a simple "Report bugs" toggle in the Privacy settings, with a link to the OS' privacy policy. The gnome-abrt application had a facelift, but we got somewhat stuck on technical problems, which should get solved in the next cycle. The notifications were also streamlined and simplified.

Of the new overlay scrollbars, and the new gnome-shell notification handling. And I'm cheering on co-new app in 3.16, GNOME Calendar.

There's plenty more new and interesting stuff in the release, but I would just be duplicating much of the GNOME 3.16 release notes.
Posted by Bastien Nocera at 15:23 No comments: