Sandboxing inside the sandbox: No rogue thumbnailers inside Flatpak

A couple of years ago, we sandboxed thumbnailers using bubblewrap to avoid drive-by downloads taking advantage of thumbnailers with security issues.

It's a great tool, and it's a tool that Flatpak relies upon to create its own sandboxes. But that also meant that we couldn't use it inside the Flatpak sandboxes themselves, and those aren't always as closed as they could be, to support legacy applications.

This should all land in GNOME 40, though it should already be possible to integrate it into your Flatpaks. Make sure to use the latest gnome-desktop development version, and that the flatpak-spawn utility is new enough in the runtime you're targeting (it's been updated in the freedesktop.org runtimes #1, #2, #3, but it takes time to trickle down to GNOME versions). Example JSON snippets:

(We also sped up GStreamer-based thumbnailers by allowing them to use a cache, and added profiling information to the thumbnail test tools, which could prove useful if you want to investigate performance or bugs in that area)

Edit: correct a link, thanks to the commenters for the notice

Posted by Bastien Nocera at 15:43 No comments: 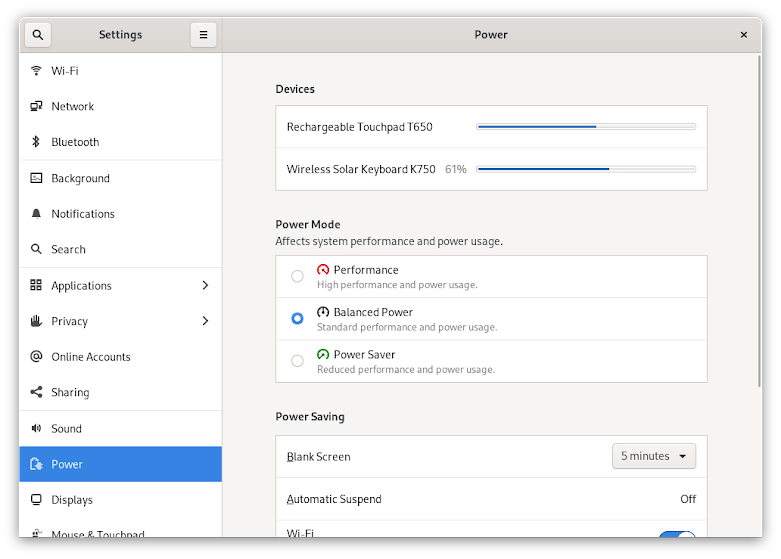 In 2019, we added a way for that to work with the NVidia drivers.

In 2020, we're adding a way for applications to launch automatically on the discrete GPU.

*fast cuts of loads of applications being launched and quiet*


If true, the application prefers to be run on a more powerful discrete GPU if available, which we describe as “a GPU other than the default one” in this spec to avoid the need to define what a discrete GPU is and in which cases it might be considered more powerful than the default GPU. This key is only a hint and support might not be present depending on the implementation.

And support for that key is coming to GNOME Shell soon.

Add “PrefersNonDefaultGPU=true” to your application's .desktop file if it can benefit from being run on a more powerful GPU.

We've also added a switcherooctl command to recent versions of switcheroo-control so you can launch your apps on the right GPU from your scripts and tweaks.
Posted by Bastien Nocera at 16:52 15 comments:

On the road to libfprint and fprintd 2.0, we've been fixing some long-standing bugs, including one that required porting our PAM module from dbus-glib to sd-bus, systemd's D-Bus library implementation.

As you can imagine, I have confidence in my ability to write bug-free code at the first attempt, but the foresight to know that this code will be buggy if it's not tested (and to know there's probably a bug in the tests if they run successfully the first time around). So we will have to test that PAM module, thoroughly, before and after the port.

First, to make it easier to run and instrument, we needed to replace fprintd itself. For this, we used dbusmock, which is both a convenience Python library and way to write instrumentable D-Bus services, and wrote a template. There are a number of existing templates for a lot of session and system services, in case you want to test the integration of your code with NetworkManager, low-memory-monitor, or any number of other services.

Now that we've got a way to replace fprintd and a physical fingerprint reader, we should write some tests for the (old) PAM module to replace sudo, gdm, or the login authentication services.

After fixing a few bugs in pam_wrapper, and combining with the fprintd dbusmock work above, we could wrap and test the fprintd PAM module like it never was before.

Finally, porting the PAM module to sd-bus was pretty trivial, a loop of 1) writing tests that work against the old PAM module, 2) porting a section of the code (like the fingerprint reader enumeration, or the timeout support), and 3) testing against the new sd-bus based code. The result was no regressions that we could test for.

Both dbusmock, and pam_wrapper are useful tools in your arsenal to write tests, and given those (fairly) easy to use CIs in GNOME and FreeDesktop.org's GitLabs, it would be a shame not to.

You might also be interested in umockdev, to mock a number of device types, and mocklibc (which combined with dbusmock powers polkit's unattended CI)
Posted by Bastien Nocera at 17:53 No comments: