I want my face being recognised under Linux.

I just finished writing the code for better Podcast handling in Rhythmbox (feel free to test it). The only thing we're missing is a way to tell the iTunes detection pages that we already have iTunes installed.

So, if you have a Windows machine with Firefox and iTunes installed, could you please attach the output (pertaining to iTunes) of "about:plugins" from Firefox to the bug?
Posted by Bastien Nocera at 11:16 2 comments:

Apart from making plenty of security errata in the past week (thanks FLAC...), I've finally started on porting Rhythmbox to the new features of the Totem playlist parser, including using it for Podcast parsing.

What it means is:
I'll also try to make sure that those are better integrated into Rhythmbox, eg. when one launches Rhythmbox with a RSS or Atom feed. More on that when the full feature's available.

I got Flash working on Fedora 8 (on my x86-64 desktop), thanks to the integration work that's gone on with nspluginwrapper. And I can now listen to my songs and scrobble even when I'm hacking on Rhythmbox. Throat hurts from so much singing.

On a different note, my ankle problems have subsided (still a minor twinge), and I scored hat tricks on my last few outings, and a goal Thierry Henry would have been proud of (left side of the box, bent shot in the bottom right corner). Yay!
Posted by Bastien Nocera at 18:12 7 comments:

Out with the website, in with the hosted blog. If you manage to read this, the old hadess.net is no more, and you'll see the blog. Most of the stuff will move to appropriate websites, especially the pictures. If you see this, then it must have worked.

Many thanks to Rob and Ross for their help.
Posted by Bastien Nocera at 21:44 2 comments: 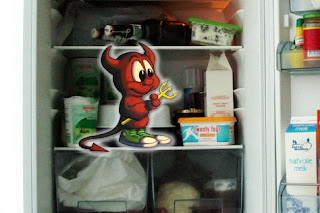 I fixed it! I swear!

It looks like some pretty simple issue was keeping gnome-phone-manager from working with non-Nokia phones. And it should all be fixed in 0.20!

As an added bonus, you should be able to send and receive text messages with international characters. It's only lightly tested, and there's not really any ways to calculate the length of the message using gnokii. So whether your super long message in Arabic will work is anyone's guess. Stick to short messages.

Tom, I also had some vivid dreams recently. One was about being the owner of Aston Villa, and the "Philadelphia" basket-ball team (yeah, I know they're the Sixers), I kept waking up in a black cab somewhere near a park on the East Coast of the US thinking I should go back to England to check if I really owned that team. I need to stop the crack before going to bed, bad trip. 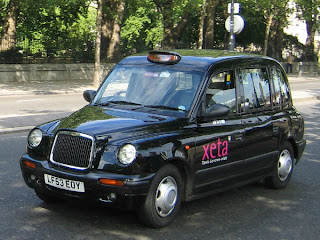 After gentle poking by Matthias, I cooked up a patch that allows the sound preview to work again for Fedora 8. It will hit rawhide shortly.

Make sure Enable software mixing is enabled in the Sound preferences, and that sound previews are enabled in the file manager prefs. Obviously, you'd want pulseaudio running rather than esd, if you
don't want to tear your hair out when playing video.

Cameron at a Google conference? Is this like a fox in the chicken coop, or rather John Major at an Halliburton board meeting?
Hopefully, he hasn't got access to the search results.
Posted by Bastien Nocera at 01:35 No comments:

I'm sure that article's gone around already a fair bit, and the geek jokes that go around with it. Yesterday, I went with my ex to watch an NBA game at the O2 (né Millenium Dome).

It was about 10 years I was playing (and interested) in basket-ball, when I was still in lycée. The feeling was the like of a party I didn't really want to be at (Why did you bring me here? I don't know anyone.). But it was pretty fun, although the "Irish" mascot wished England good luck against France in the rugby would certainly be considered a faux-pas by real Irishmen. I enjoyed the timeout shows though.

Quote of the day:
- Did you used to play basket-ball?
- Yeah, that's how I broke my wrist the first time.
Posted by Bastien Nocera at 10:16 No comments:

Now, that wasn't funny. I asked for nice souls to send me stuff via my Amazon wishlist. Braindead and American Beauty DVDs, great. But this: 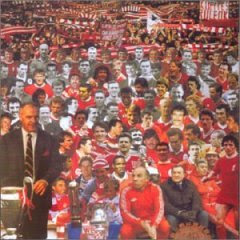 is sick. A copy of This is Anfield. Liverpool's Kop songs. I'd have preferred a ManU CD. The jury's still out on the fate of the CD, and the constables on the identity of the culprit(s). Call your local police station if you have any evidence on the perp, or your Daily Mail correspondent for possible punishments. Or leave a comment either way.

Update: The perpetrator has been identified. Comments included:
«Of course...if you send me a tom jones CD... I will retaliate» (the accused)
and:
«Frankly after sending mr jones, you are lucky you only got dvds and cds, and not shit-in-a-box» (his defence attorney).

I found a new home for the CD. Will be on its way when Royal Mail stop striking.
Posted by Bastien Nocera at 12:09 2 comments:

Tell me we're not going that way! That's why Totem is just a movie player. I hope we can manage to keep it simple and fast (although the Python plugin support does nothing for its startup speed I've been told).
Posted by Bastien Nocera at 18:14 8 comments:

ITMS and the podcast parsing

I'm currently putting the finishing touches to Podcast parsing in Totem, so it can be used for some plugins, such as my favourite Quicktime trailers sidebar feature, as well as giving Rhythmbox Atom parsing.

After finishing Atom and RSS parsing support, I set out to add support for itpc and itms links, as used by iTunes, and supported in PenguinTV. I re-discovered the inadequacies of old-style Unix libraries (when they don't work as advertised, at all).

If you live in NYC, or Seattle, and have a Starbucks at hand, you might be able to help with this potentially nice feature. Clicking on the song would add it to a personal wishlist (a feature which would also be useful for streaming radios as well).
Posted by Bastien Nocera at 15:12 1 comment:

Thanks to work by Olav and others, I've been able to create a new SVN repo easily, and I've committed the Nintendo DS Rom thumbnailer to SVN, and made a release.

Good mojo for the person that'll get it in Fedora.

Update: And obviously, there was a bug in the Makefile which meant that the release didn't work. 1.0.1 is out. Thanks Laurent :)

Another Update: Third time's a charm. Trying to put garbage in GConf really isn't fun. I'm done for today, don't care if it's broken again.
Posted by Bastien Nocera at 15:36 No comments:

After working around (read: that's not a proper fix) some stupidness in MythTV's frontend, my DVB-T experience just got a lot better, as I can finally watch the stuff I record. That includes recording all the Match Of The Day shows (just in case), as well as the kinky Secret Diary Of A Callgirl.

After switching the Mac Mini to wired, the network is fast enough for the MythTV sources in GStreamer to stream to Totem, as well as streaming via UPNP to the PS3. The UPNP framework in MythTV doesn't export a lot of the things it could, such as a thumbnail, the length of the movie, etc.

Just like chpe, I've been getting increasingly frustrated at the Web going to Flash Video for streaming, instead of sticking to the embedded movie player. I guess that targetting one platform (Flash) as opposed to the big three (WMP, Real and Quicktime), is a boon for Web developers. And that's how EA pushes the online replays from FIFA.

And to the PS3 again, with Frank's help, I've fixed up Rhythmbox' UPNP source.

So, on the TODO list:
Feel free to help, or send me stuff from my wishlist. It's just like writing code.
Posted by Bastien Nocera at 21:00 4 comments:

While I can only applaud Greg-KH's Linux Driver Project, you have to wonder about the projects on offer. It seems to me like most of the work to be done is on embedded drivers, with companies skimming on driver development costs. I hope we see more offers for consumer hardware in the future.
Posted by Bastien Nocera at 11:34 3 comments: