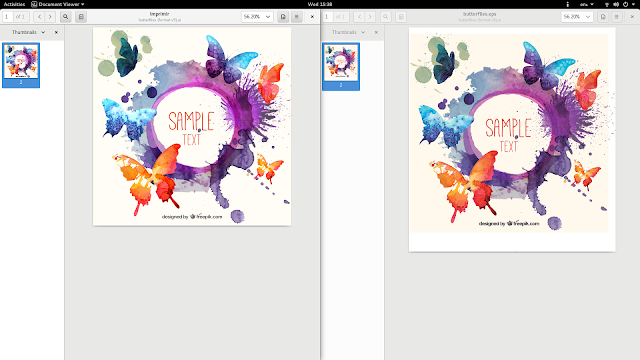 Both features will appear in GNOME 3.26, the out-of-the-box CBR support is however available now in an update for the just released Fedora 26.
Posted by Bastien Nocera at 14:42

Rock: Very unlikely. I was actually about to close this bug. The ePub format is incredibly ill-suited to what evince is good at, "page" documents. All the formats that evince supports represent a page, that isn't reflowable, or change size.

GNOME Books supports ePubs, and support for pagination is in the works. Looks through the bugs files against "gnome-documents" in the "Books" component, and you'll see a number of the bugs we're working on.

What about DJVU format in the evince?

> What about DJVU format in the evince?

Sorry, but what about it? It's been supported in evince for at least 10 years, from a quick glance at the git repository's history.

If you have specific problems with the support, or the way that it's packaged by your distribution, please file a bug in the GNOME Bugzilla for the former, and your distribution for the latter.

Fantastic news. It will go very well in any professional workflow being able to test Illustrator output format and for lovers of comics will make me want to actually buy some.