Creating low-memory-monitor was easy enough, getting everything else in place was decidedly more complicated. In addition to requiring changes to glib, xdg-desktop-portal and python-dbusmock, it also required a lot of work on the glib CI to save me from having to write integration tests in C that would have required a lot of scaffolding. So thanks to all involved in particular Philip Withnall for his patience reviewing my changes.
Posted by Bastien Nocera at 23:53 6 comments: Links to this post 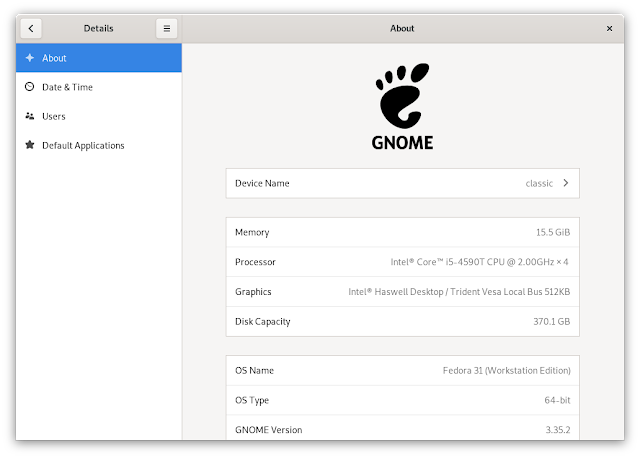 All this will be available in Fedora 32, using GNOME 3.36 and switcheroo-control 2.0. We might backport this to Fedora 31 after it's been tested, and if there is enough interest.
Posted by Bastien Nocera at 16:13 3 comments: Links to this post