Last year, after DisplayLink released the first version of the supporting tools for their USB3 chipsets, I tried it out on my Dell S2340T.

As I wanted a clean way to test new versions, I took Eric Nothen's RPMs, and updated them along with newer versions, automating the creation of 32- and 64-bit x86 versions.

The RPM contains 3 parts, evdi, a GPLv2 kernel module that creates a virtual display, the LGPL library to access it, and a proprietary service which comes with "firmware" files.

Eric's initial RPMs used the precompiled libevdi.so, and proprietary bits, compiling only the kernel module with dkms when needed. I changed this, compiling the library from the upstream repository, using the minimal amount of pre-compiled binaries.

This package supports quite a few OEM devices, but does not work correctly with Wayland, so you'll need to disable Wayland support in /etc/gdm/custom.conf if you want it to work at the login screen, and without having to restart the displaylink.service systemd service after logging in.


The source for the RPM are on GitHub. Simply clone and run make in the repository to create 32-bit and 64-bit RPMs. The proprietary parts are redistributable, so if somebody wants to host and maintain those RPMs, I'd be glad to pass this on.
Posted by Bastien Nocera at 17:18 2 comments: 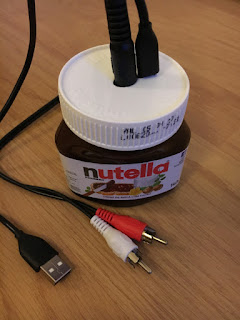 Apart from those driver problems, I found the integration between PulseAudio and BlueZ pretty impressive, though I wish there was a way for the speaker to reconnect to the phone I streamed from when turned on again, as Bluetooth speakers and headsets do, removing one step from playing back audio.
Posted by Bastien Nocera at 17:30 6 comments:


I recently worked on creating an xdg-app bundle for GNOME Videos, aka Totem, so it would be built along with other GNOME applications, every night, and made available via the GNOME xdg-app repositories.

There's some functionality that's not working yet though:
However, I created a bundle that extends the freedesktop runtime, that contains gst-libav. We'll need to figure out a way to distribute it in a way that doesn't cause problems for US hosts.

As we also have a recurring problem in Fedora with rpmfusion being out of date, and I sometimes need a third-party movie player to test things out, I put together an mpv manifest, which is the only MPlayer-like with a .desktop and a GUI when launched without any command-line arguments.

Finally, I put together a RetroArch bundle for research into a future project, which uncovered the lack of joystick/joypad support in the xdg-app sandbox.

Hopefully, those few manifests will be useful to other application developers wanting to distribute their applications themselves. There are some other bundles being worked on, and that can be used as examples, linked to in the Wiki.
Posted by Bastien Nocera at 17:15 2 comments: 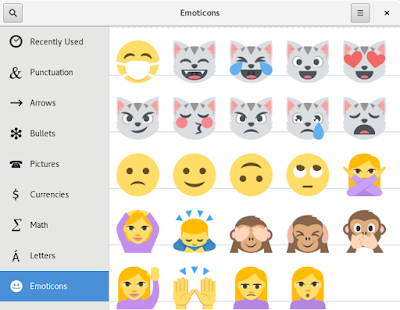 Update: Behdad's presentation was in Gothenburg, not Strasbourg. You can also see the video on YouTube.
Posted by Bastien Nocera at 19:18 7 comments: